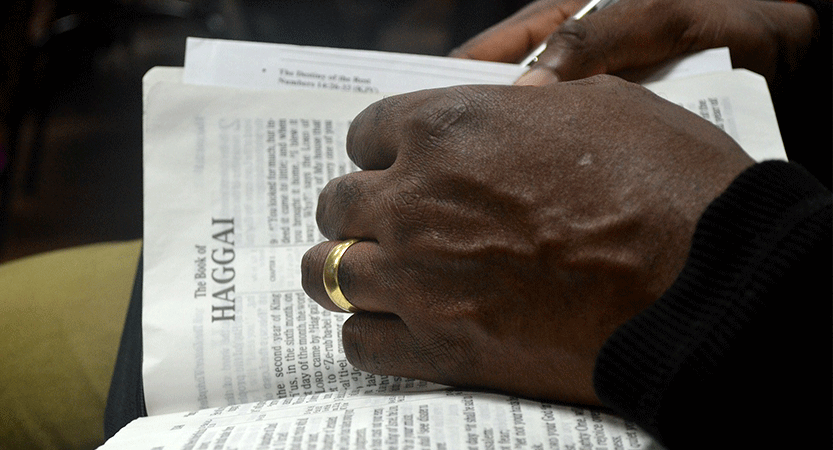 What does it mean to be more noble-minded?

In my last post I went through the process I used to outline Acts 17, which marks the transition from observation to interpretation in the inductive method of Bible study. This post wraps up our study of the chapter, completing both the interpretation and application stages. In essence, the purpose of this post is to point out what we can learn from the Bereans.

Let’s pause for a moment, though, to consider our plan to complete both interpretation and application today. Perhaps that goal sounds a little lopsided to you. Generally, I would agree. I would separate these tasks.

Before we actually get into the meaning of the passage, then, I’ll reiterate some thoughts about Bible study. (I’ve already briefly mentioned some of these thoughts in previous posts.) Why am I doing this? Because my purpose in writing this blog is not so much to help you understand any particular passage, but to provide some tools that will help you in your own personal Bible study!

So Much Time Gathering

When you’re truly following the inductive approach, you’ll find that you generally spend far more time in observation than you do in interpretation and application. That’s because this first stage requires you to gather every bit of information that can shed light on a biblical passage. You don’t know what bit of research will pay off, so you look up everything!

We’ve uncovered lots of information in our digging for the historical, geographic, and cultural context of Acts 17. Some of what we’ve studied, as interesting as it may have been, does not really help us gain a better understanding of our goal – learning why the Bereans were “more noble-minded.” If we were in school, someone would undoubtedly ask, “Will that be on the test?” And I’d have to say, “No – not this time.” However, it may help you down the road in future studies.

Interpretation and application, on the other hand, are not so labor intensive. In fact, if you’re laying a good foundation of research, interpretation is often quite straightforward. The meaning of a passage may jump out at you as you begin to understand the context. Then, once you grasp what a passage meant to the original audience, what it means for you today generally becomes quite evident. As for application, the hardest part is not understanding God’s Word, but actually putting it into practice!

In my opinion, the single most important discovery we made during our observation stage was the Pharisaic perspective of crucifixion as a curse, thereby invalidating any claim that Jesus was the Messiah. In my post about Saul as a persecutor of Christians, I quoted historian F.F. Bruce, who wrote that a “crucified Messiah was worse than a contradiction in terms; the very idea was an outrageous blasphemy” (Paul, Apostle of the Heart Set Free, p. 71).

That’s why Saul, before conversion, persecuted the church. That’s why Paul wrote that his commitment to “preach Christ crucified” was “to Jews a stumblingblock” (1 Corinthians 1:23). And that’s why we see this idea was the very core of Paul’s preaching in Thessalonica, where he taught that “the Christ had to suffer and rise again from the dead” (Acts 17:3).

Luke does not specifically tell us what message Paul preached at Berea, but he does hint at it when he indicates that the Bereans studied the Scriptures “to see whether these things were so” (verse 11). “These things” surely refers to the same message that Paul preached in the Thessalonian synagogue. And it seems Athens received the same message. A Christ who had suffered and died is implied in the statement, “through a Man whom He has appointed, having furnished proof to all men by raising Him from the dead” (verse 31).

Envy and the God-fearing Greeks

A second major piece of information that sheds light on this chapter is what we learned about the Gentile converts throughout the Greek world. Luke calls these individuals God-fearing Greeks (verse 4). In a post focusing on this term, I pointed out that the Greek world viewed circumcision as abhorrent because it marred the male body, which was considered the pinnacle of beauty in the physical world.

As a result, for Greek men, circumcision became an obstacle to full acceptance in the community of believers. The rabbis called those individuals who acquiesced to circumcision proselytes of righteousness. The term for the Greeks who had embraced the moral demands of the law, yet could not yet bring themselves to be circumcised, was proselytes at the gate. That term paints a wonderful word picture of someone wanting to join the community, but hesitating at the very cusp of acceptance.

This distinction is extremely important. Many of the Jews of the diaspora were enthusiastic in their efforts to convert Gentiles, expending great time and energy. It’s easy to understand how they would become angry when someone (Paul) comes along offering an easier path to community membership. In essence, these Jews would have viewed Paul as poaching their converts. He had to be stopped!

Geography is a third factor that colors our understanding of the chapter. We learned that in his missionary activities, Paul traveled along the Via Egnatia, which, together with the Via Appia, connected Rome with Byzantium (modern Istanbul). We also learned that Thessalonica, “the key of the whole of Macedonia” (Concise Bible Atlas, p. 229, J. Carl Laney, Hendrickson Publishers, 2003), was perhaps the wealthiest and most influential city in the area.

In contrast, Cicero had once described Berea as “off the beaten track.” It held no political power, nor was it a repository of wealth. Paul’s reason for traveling there had more to do with escaping the turmoil in Thessalonica (Acts 17:5-10) than with planned evangelism.

Paul’s Observations About the Cities

The third major city of the chapter was Athens, a city still renowned as a center of learning, but no longer an emblem of wealth and glory. The three cities couldn’t be more different. And yet they set the stage for Paul’s later observation about the Christian calling (1 Corinthians 1:26-29):

It’s interesting that Paul wrote these words to the church at Corinth, a church he established on the heels of visiting Thessalonica, Berea, and Athens (Acts 18:1). Perhaps he had these cities in mind when he wrote that “not many wise” (Athens?), “not many mighty” (Thessalonica?), and “not many noble” (Berea?) are called into fellowship with God.

So where does this all leave us? How does it apply to your life or to mine?

Luke tells us that the Bereans “were more noble-minded than those in Thessalonica” (Acts 17:10-11). This was not because they were wealthy or powerful, nor was it because they were educated in the philosophies of the day, as were the Epicureans and Stoics of Athens. It was because the Bereans did not dismiss Paul’s teaching impulsively, but heard him out, then checked for themsleves “to see whether these things were so” (verse 11).

The irony is that it is in this backwater village between a commercial hub and an educational center that we witness an eagerness for the truth. It does not matter where we find ourselves in life. What does matter is how we respond to the challenge of God’s truth, which may well go against what everyone else around us believes!

(Remember, the Pharisees could not conceive of a crucified Messiah, and the Greeks had elevated the human body such that circumcision became a huge obstacle to fellowship. What are our prejudices that may interfere with receiving God’s truth with nobleness of mind?)

As always, I’d love to hear your thoughts on the chapter, and on the insights you gained through this study.

In my next post, I’ll take a look at some resources for biblical study, and I’ll discuss how you can build a library of your own.

Saul the Persecutor of Christians