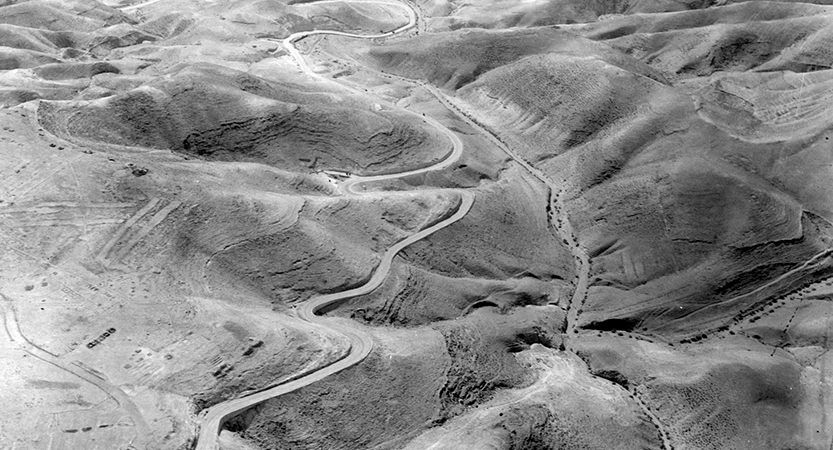 In contrast to the three relatively unimportant towns of Galilee in my last blog post are the five major cities. All of these cities of Luke 10 span the pages of the Old and New Testaments. We’ll divide the cities into two groups for our discussion.

The ancient city of Sodom was well known to First Century Jews. It’s known to Christians today. And yet this city ceased to exist as a political entity before Israel or the church ever came into being. Even so, Sodom retains its fame as a place God destroyed (Genesis 19:1-29).

There is within the Old Testament a long tradition of using Sodom as a benchmark for sin. God warns Israel that it will suffer a similar fate if it breaks His covenant (Deuteronomy 29:23; 32:32). The major prophets used the city as a label for sinners. At times it served as a label for unrepentant Israel, but at other times for the city of Jerusalem. Scripture also compared false prophets and foreign peoples to Sodom.

Scripture often mentions Tyre and Sidon in “one breath.” Christ used them as yardsticks to condemn Bethsaida, Capernaum and Chorazin. These two cities shared a common culture, that of the seafaring Phoenicians. Tyre and Sidon were two of the principal cities of these people, the others being Byblos and Aradus.

The four cities were somewhat independent, working together in a loose confederation. (This confederation was somewhat like the cities of the Philistines.) At times Tyre, and then Sidon, assumed the foremost position as the Phoenician capital. Tyre was the capital of King Hiram. He maintained peaceful relations with King David (2 Samuel 5:11), and later, King Solomon (1 Kings 5:1-12), supplying timber for use in the temple Solomon built.

So why do these two cities take their place next to Sodom? Jezebel! This princess, daughter of King Ethbaal, married the apostate King Ahab (1 Kings 16:31), a notoriously evil king of Israel.

Jezebel wielded an evil influence over Ahab that resulted in the persecution and death of many of God’s faithful (1 Kings 18:3-4, 13). It was Jezebel who so terrified Elijah that he fled the northern kingdom after learning that she planned to kill him (1 Kings 19:1-3).

We should also note that the prophet Ezekiel used Tyre as a symbol of evil. After condemning the “leader of Tyre” (Ezekiel 28:1-10; can be translated “ruler” or “prince”), Ezekiel moves on to condemn the “king of Tyre,” who is clearly not human. This striking poetic passage describes Satan’s rebellion against God and subsequent ejection from “the mountain of God” (Ezekiel 28:11-19).

From Jerusalem to Jericho

The final two cities to consider are Jerusalem and Jericho, which seem to hold no symbolic significance in Luke 10. Each is mentioned once, and those references are within the parable. These two cities are the end points of the road on which the Good Samaritan helped the victim of robbers.

Jerusalem, of course, takes center stage throughout Scripture. First, it was the headquarters of Melchizedek, who blessed Abraham (Genesis 14:18-20). Later, it was the capital established by King David (2 Samuel 5:5), and it was the place where his son King Solomon built the temple (1 Kings 6). Finally, it was the place where Christ was crucified (John 19:16-30). We cannot discuss it in more detail without straying from our main objective of shedding light on the Parable of the Good Samaritan.

Most of us immediately recognize Jericho (Joshua 6:1-25). We remember that the Israelites conquered this city shortly after entering the Promised Land. We also know that it was the city around which Joshua and the children of Israel marched seven days. And we recall that the city saw its walls collapse at the blast of the trumpet and the shout of the people.

What might be less familiar to us is the New Testament role of the city. King Herod, in an effort to escape the chill of Jerusalem, established a winter palace in Jericho. In the time of Christ, the city was wealthy, partly as a result of nearby balsam groves. The balsam trees produced a resinous balm, highly valued by the people of the First Century.

Though just 17 miles apart, Jerusalem and Jericho were a world apart in terms of climate. At an elevation of 2,500 feet, Jerusalem sits astride a mountain ridge that runs roughly north to south in Judea. Jericho, on the other hand, sits on a flat plain at 1,200 feet below sea level.

The city occupied a position next to the main ford across the Jordan River. This spot at the confluence of several valleys leading up into the Judean hill country gives the city strategic and economic value. Trade flowed through the city, making it an ideal location for collecting taxes (Luke 19:1-2).

The mountain ridge overlooking Jericho trapped most rainclouds blown inland from the Mediterranean Sea, depriving the city of any significant rainfall. Fortunately for Jericho, a nearby spring provided its water needs, making the city an oasis in a desolate region.

Traveling between Jerusalem and Jericho would have been difficult for a variety of reasons. First, there is a 3,700-foot difference in elevation with barren terrain devoid of water. This Ascent of Blood, perhaps so named for the red ochre mineral deposits, may also have hinted at the ever-present danger of robbers.

In the next blog post, we’ll cover the ancient Near Eastern concept of hospitality, the mythological Hades, and the demands on priests and Levites. In the meantime, what are some of your thoughts as you have been digging into the background for this parable? I’d love to see your comments!

Geography in the Story of Samson