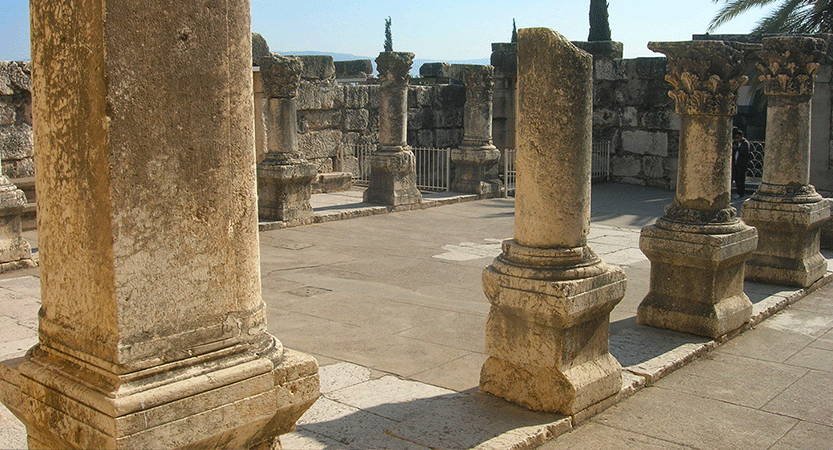 In my last blog post, I asked you to look up the three cities in Galilee Christ condemned. This request was part of your assignment to look up the cities, people and customs in Luke 10. I did not mention, though, that not all of the information we gather pays off.

Even so, we should not limit ourselves to looking up what we think might be relevant. The observation phase is much like a brainstorming session in which no idea is too off-the-wall to consider. As you learn the inductive method, get into the habit of asking questions. As you do, try to answer them by looking up everything you can.

The knowledge you gain might not yield fruit immediately as with our study of the Parable of the Good Samaritan. However, what you learn will eventually provide you a depth of background knowledge. That knowledge will serve you well as you continue to dig into God’s Word.

Today I’ll mention what I learned about three of the eight cities. I’ll look at the remaining cities, as well as the people and customs, in future posts. Here is some of what I learned.

Bethsaida and Chorazin were small towns or villages on the northern side of the Sea of Galilee. Capernaum, also on the north side of the lake, was significantly more important. The population of all three was predominantly Jewish.

The first two towns are mentioned only twice in Scripture. Matthew’s gospel (Matthew 11:21-24) quotes Jesus condemning these cities in similar wording to Luke’s quote. However, there is no connection to the Parable of the Good Samaritan, which appears only in Luke. Capernaum is also mentioned in this passage.

Bethsaida, which means “house of fishing” or “house of hunting,” was the home of Andrew and Peter as well as the disciple Phillip (John 1:44). Scholars believe the area surrounding Bethsaida may have been the site of the feeding of the 5,000. Chorazin, which was surely close to Bethsaida, remains a bit of a mystery to biblical historians. Even its precise location is in doubt.

The larger Capernaum was important enough to be home to a “royal official” (John 4:46), whose sick son Jesus healed. It is worth noting that before Jesus told the official that his son would live, he condemned the people of the city, pointing out that they would not believe in Him unless they first saw signs and wonders. This condemnation matches the condemnation in Luke 10.

Capernaum, in fact, was home to a multitude of miracles. Christ healed Peter’s mother-in-law (Luke 4:38-39) there. He also healed the centurion’s servant (Luke 7:1-10) in Capernaum. And the city was the location of the resurrection of Jairus (Luke 8:40-56). There are other miracles that could be listed, but the point is, Capernaum saw more than its share of miracles.

Jesus seems to have regarded Capernaum as His “own town” (Matthew 4:13; 9:1). The family of Zebedee, the father of James and John, were residents. Peter, whose home was Bethsaida, also had a home in Capernaum. And Matthew collected taxes there, perhaps because of the city’s location along a trade route leading north out of Galilee.

In contrast to these three relatively unimportant towns of Galilee are the other five cities mentioned in Luke 10. To give them justice, we’ll leave them to our next blog post.