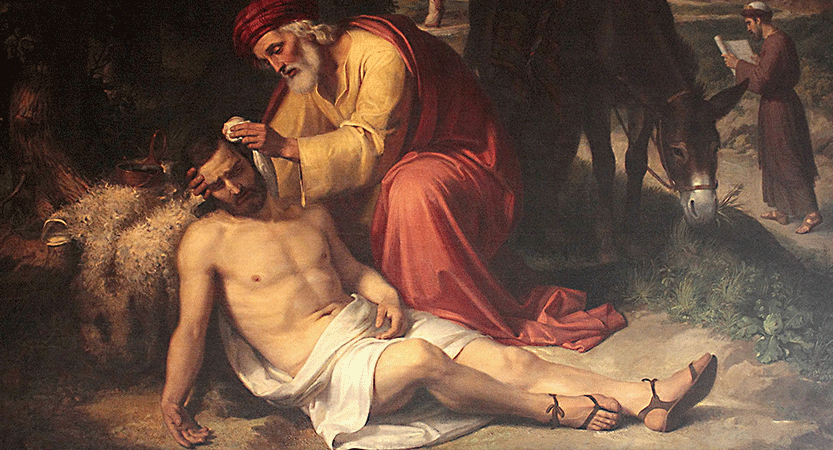 In my last blog post I introduced the inductive method of Bible study and asked that you read through the Parable of the Good Samaritan (and the rest of Luke 10) six times, jotting down your initial observations. These should include anything that seems particularly noteworthy. I also asked that you write down questions that arise as you pore over the chapter.

For this blog post, I’ll share some of my observations and questions. (You’ve undoubtedly noticed many of the same things and asked similar questions.) After I’ve listed my initial observations, I’ll point out where I plan to look for the answers. That, by the way, will be your assignment for next time.

One of the first points I noticed is Christ’s command that his disciples not take money or supplies with them (verse 4), but instead rely on the hospitality of the towns and villages they visit. Depending on the translation you’re reading, Jesus specifically prohibited: purse, bag, and sandals (NIV); moneybag, knapsack, and sandals (ESV); purse, wallet, and shoes (ASV); money belt, bag, and shoes (NASB); or purse, scrip, and shoes (KJV).

Another feature of this chapter that jumped out at me is the number of cities and towns mentioned. Christ compares any city that rejects his disciples to Sodom (verse 12), but then goes on to condemn Chorazin and Bethsaida (verse 13) as well as Capernaum (verse 15), comparing the first two to Tyre and Sidon, and suggesting that the latter will go down to Hades.

I noticed that it was the question of a lawyer, as well as the subsequent conversation, that prompted Jesus to tell the parable in the first place. It is also of note that Christ turns the tables on the lawyer, asking him to answer his own question.

Initial Observations in the Parable

In the parable itself (Luke 10:30-37), two additional cities are mentioned – Jerusalem and Jericho. This brings the total number of named cities to eight.

It’s interesting to me that the principal characters are all specific classes of people. The namesake of the story is a Samaritan, who is preceded in the narrative by a priest and a Levite. The only generic character is the man who was robbed and beaten.

Within the parable, Jesus called attention not only to the fact that the priest and Levite passed the injured man, but to the manner in which they did. In both cases (verses 31-32), they passed on the opposite side of the road. Is there some significance to this?

In contrast, the Samaritan not only bound up the wounds of the traveler, but spent money – two denarii (verse 35) – providing a place for him to recuperate. Considering the heroic actions of this character, it struck me as odd that the lawyer answered Christ by referring to the Samaritan as “the one who showed mercy toward him” instead of simply saying “the Samaritan” (verse 37).

Finally, as I jotted down my initial observations, I noticed that the parable is followed by the story of Mary and Martha. Is there any connection?

We’ll be turning to a number of reference materials to shed light on the historical, cultural, geographic, and narrative context. If you don’t have any such references, and you don’t have the budget to purchase them right now, you can take advantage of one or more free digital resources, such as eSword, a digital treasure trove of Bible study references. [The PC version is free, but you can pay a nominal fee to use it on your iPad or other digital device.]

Here is my strategy for learning what I can that will shed light on my questions and initial observations. First, I’ll check all the geographic references in both Zondervan’s Pictorial Encyclopedia of the Bible and the Holman Bible Atlas:

I’ll take a few moments to read about hospitality in the ancient Near East in The New Manners & Customs of Bible Times by Ralph Gower.

Your assignment for next time is to work with me, looking up as many of these cities, people and customs as possible. See how much light you can shed on Luke 10. Next week, we’ll look at the cities of Galilee Christ condemns, so you might want to start with Bethsaida, Capernaum and Chorazin. Also, be sure to share with me some of your own observations and questions.

Betrayal in the Life of Samson