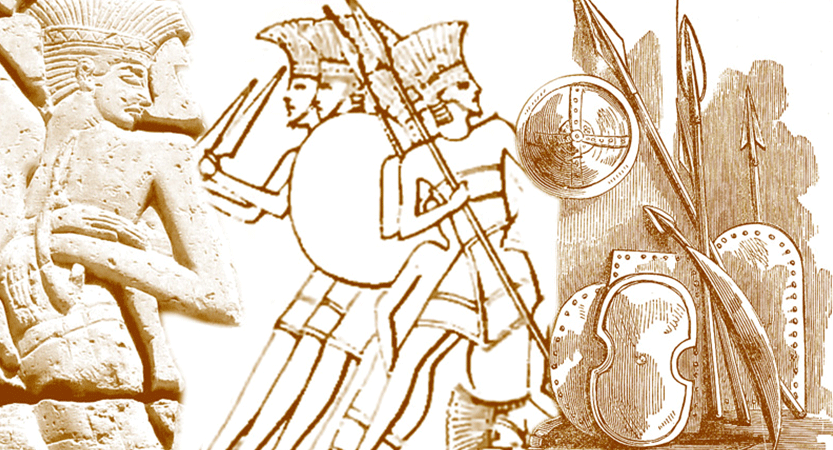 That question is one of historical context.

Although these people are mentioned a handful of times in earlier books of the Bible, they make their big “splash” in the book of Judges. They continue to feature prominently in 1 Samuel and 2 Samuel, which together refer to the Philistines 149 times. In contrast, they are mentioned only six times in 1 Kings and 2 Kings.

Learning Who the Philistines Were

To understand the story of Samson, then, we must first come to know who the Philistines were.

We can do that to a limited degree by reading through the historical books of the Bible. However, to expand our efforts, we should look at other historical references, such as Bible dictionaries and encyclopedias. When we do, we learn that the Philistines had some advantages over the Israelites during the period of the Judges. We’ll consider two of those advantages here.

First is the difference of governmental structures for the two peoples. Israel at this time was a confederation of 12 tribes. There was no king, nor did any tribe have a centralized government. Instead, each tribe relied on its elders to make tribal decisions. Israel as a whole came together only after the individual tribes came to decisions. Warfare, for Israel, was often reactionary, and generally only possible when God raised up judges.

In contrast, the Philistines were ruled by five lords, each sovereign in his own city. Incidentally, it is no accident that the Philistines almost disappear from the scene by the end of the books of Samuel. These books recount the development of the Israelite monarchy, which is firmly established in David’s hands by the end of 2 Samuel. There was little need to record the activities of the Philistines, whose power was substantially diminished.

The second Philistine advantage was technology. In short, they had entered the Iron Age, leaving Israel behind in the Bronze Age. You better believe the Philistines did everything they could to keep iron technology from the hapless Israelites so they would have inferior swords and spears (1 Samuel 13:19-22).

Scattered among the episodes of Samson’s life are references to Philistine oppression. One poignant instance occurs after the Philistines raid the town of Lehi seeking revenge for Samson’s acts. Desperate men from the tribe of Judah then confront Samson, plaintively asking him, “Do you not know that the Philistines are rulers over us? What then is this that you have done to us?” (Judges 15:11).

It’s chapter 13 that gives us the reason for this oppression. Almost entirely devoted to the appearance of the angel of the Lord to announce Samson’s imminent birth, the chapter actually begins with the statement that Israel’s sins had prompted God to give “them into the hand of the Philistines for forty years” (verse 1).

Deliverance from the Philistines

A few verses later, the chapter moves from judgment to deliverance. The angel of the Lord tells Samson’s mother that “he shall begin to save Israel from the hand of the Philistines” (verse 5).

The full significance of Samson’s birth, and the joy it must have brought an oppressed people, can only be understood when we look at the historical context.

Next week we’ll address cultural context in the story of Samson. In the meantime, take a few moments to let me know your thoughts below.

Geography in the Story of Samson

The Family Tree of Baruch Revealed