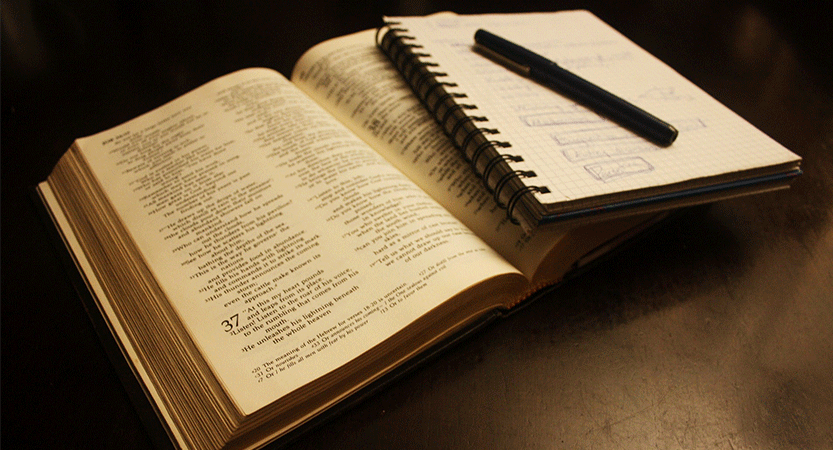 Has anyone ever told you that you’ve taken her words “out of context”? You’re probably nodding, at least mentally, because almost all of us are guilty of this annoying little habit. Like me, you could be guilty because you’re not completely focused on what you’re hearing. One striking statement might pierce your consciousness, bringing a wandering mind back to the conversation. Unfortunately, that’s too little, too late. In the same way, context is important in Bible study!

Think of Scripture as God’s part of a written conversation. Through the Bible, God speaks to us. He reveals His mind and His will. If we’re not paying attention, we can take His words out of context too.

So why is context important in Bible study? In fact, what is it?

Most of us think of context as the words surrounding another word, or statement, or idea. The words immediately surrounding a statement in your Bible definitely provide context, but there is more to the concept. It also includes history, geography and culture.

On top of that, to read a biblical passage in context means understanding the genre and the nuances of language. In short, context encompasses just about anything that influenced the biblical writers.

To gain a better understanding of the importance of context, we’ll look at the story of Samson. The remainder of today’s post will focus on textual context. In our next three posts, we’ll cover historical, cultural and geographic context within the story of Samson.

The life of Samson fills four chapters in the book of Judges. This account is the longest of any devoted to the judges. Within these chapters you’ll encounter romance, betrayal and war as well as revenge, deception and heroism.

We’ll begin our look at textual context with the seven-day wedding feast in Judges 14. At the end of the feast, 30 young Philistine men correctly answer a riddle Samson had proposed at the beginning. As a result, they won a wager they had made with him. Samson then said something strange. “If you had not plowed with my heifer, you would not have found out my riddle” (verse 18).

Though that may sound strange on the surface, the preceding verses make the meaning clear. The Philistine men, realizing they could not solve the riddle on their own, resorted to threatening Samson’s new wife. They pressured her to reveal the answer. She, in turn, went to Samson and “pressed him hard” (verse 17). It is this context that makes clear the metaphor of plowing with my heifer.

This illustration is a simple one, but it does demonstrate how vital the immediate context is. However, this passage also demonstrates the value of a broader textual context. When we read the entire story of Samson, we see that this betrayal was the first of two similar episodes that reveal a flaw in his character.

The second incident may be the single most important in Samson’s life story. The five lords of the Philistines bribed Delilah, who was probably also a Philistine, to seduce Samson. She was to discover “where his great strength lies” so they could “overpower him” (Judges 16:5). Carefully reading the entire story of Samson, we see that he was twice pressured by women to reveal secrets. He twice yielded against his own better judgment. As a result, he twice suffered defeat.

Your Most Important Study Tool

My Morning Coffee With God