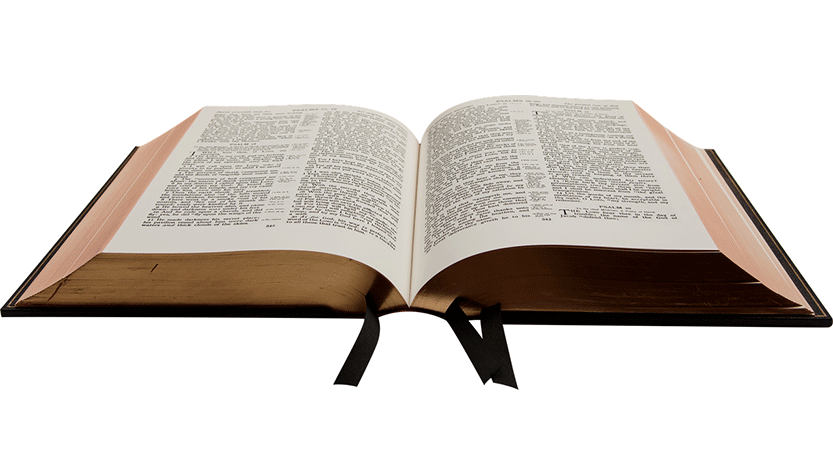 What would you consider to be your most important Bible study tool?

I believe the answer is a good study Bible. I do not mean one that has been labeled a study Bible because of additional material, such as chapter summaries and maps. What I mean is a Bible that is suitable for study.

What? Are there Bibles that are not suitable for study?

You bet there are!

The King James Version (KJV), for instance, is one that I would classify as unsuitable for study.

“Wait a minute!” you might say. “How can you say that about what may well be the most beloved English translation?”

Just because I don’t recommend the KJV as a Bible study tool doesn’t mean I believe it has no value. On the contrary, I value this translation for at least a couple of reasons: first, because of its standing in our culture; and second, because of its majestic poetry.

Believe it or not, the KJV has provided English with more idioms than any other source except Shakespeare! Of course, ultimately those idioms spring from the Hebrew and Greek, but the precise English wording we have is from the King James! We owe the King James translators a huge debt of gratitude.

And as far as sheer poetic power, no other English translation of the Bible comes close. Reading the 23rd Psalm in other versions doesn’t have the same impact as reading it in the KJV. And that’s true for other passages, too. If I want to be inspired, or if I simply want to be comforted by the familiar words of a “friend,” I pick up my KJV. So I’m not bashing this venerable translation.

Now on to the purpose of this blog post. What do we need to look for in a good study Bible?

The single most important factor, in my mind, is the version’s faithfulness to the original Hebrew and Greek. Since most of us aren’t fluent in those languages, we put our faith in the translators whenever we study the Bible. For that reason, we need to know their guiding philosophy.

It’s the nature of language that requires us to consider this issue. The difference between two languages does not end with the words themselves. Syntax, the way those words work together to convey meaning, varies. So even if you were to discover the meaning of each word in a Greek sentence, for instance, you might not have any idea what the sentence actually means.

Most of us will not have the time, the opportunity, nor the inclination to study and master the languages of the Bible. So what we do instead is look at the principles that guided the translators of each version – the guiding philosophies, as mentioned above.

One of the best yardsticks for comparing Bible translations is an assessment of where it falls on the continuum from formal equivalence to dynamic equivalence. Or in everyday English, whether it is closer to word-for-word or thought-for-thought.

Adhering to a word-for-word approach yields a more literal translation, which may be more difficult to understand because of differences in grammar. Following a thought-for-thought approach yields a translation that is easier to read. However, to achieve that ease, the translators had to take some liberties with the wording. This latter method incorporates a bit of interpretation because the translators are interpreting what is being said in order to put that concept into more familiar words.

My preference is to sacrifice a bit of reading ease for wording that more closely aligns with the original. For study, then, I would recommend a version at the formal equivalence (word-for-word) end of the spectrum. My personal preference for study is the New American Standard Bible (NASB). For speaking, however, I take it down a couple of notches, to the English Standard Version (ESV). You may prefer something else for your personal study, but I encourage you to consider where your choice falls on the continuum.

So where do you find these guiding philosophies?

I’m glad you asked. Mardel, a Christian book store chain, provides a great resource on its website to show you where the major translations fall on the continuum. Check it out!

To prepare for my next blog post, read Acts 17, preferably at least five or six times. With that post we’ll begin an inductive study of the “more noble-minded” Jews in Berea. In the meantime, let me know your thoughts. Which Bible version is your favorite, and why?

My Morning Coffee With God

Why Context is Important in Bible Study