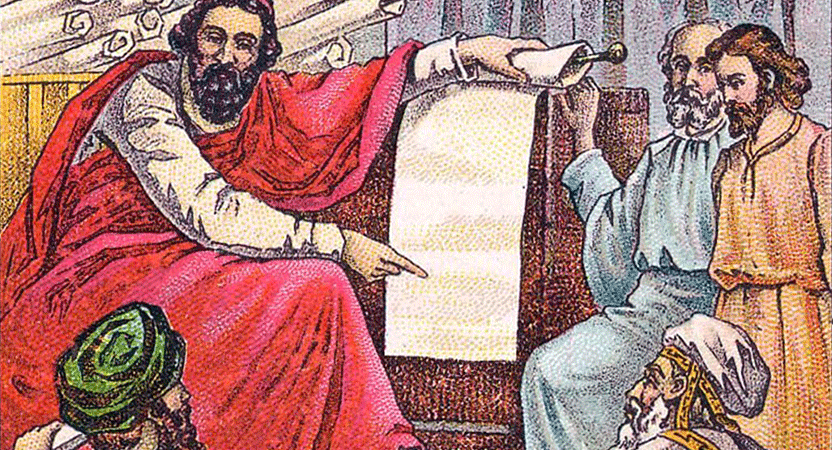 In my last blog post I asked that you read Acts 17 in preparation for an inductive study about the Bereans. Today we launch our new Bible study aimed at understanding these more noble-minded Jews. I’ll share some of my observations and questions, just as I did when we began our study of the Parable of the Good Samaritan.

[Actually, some of my observations and questions are really those of my wife, who is joining me for this study. Studying with a partner can make your study just a little more special and fun, and on top of that, two sets of eyes often observe more. DON’T get lazy, though, letting your study partner do all the work. If you do, you won’t get as much out of this exercise as you could!]

My Observations – the People

Before we can look at the more noble-minded Jews of Berea, we need to look at the other people mentioned. Paul, of course, takes center stage in much of the book of Acts, so understanding who he was is critical to understanding the events in this chapter. Even if you know a good bit about Paul, you can probably learn more, so don’t discount him as a person of interest in our investigation. Silas (verses 4, 10, 14-15) and Timothy (verses 14-15), two other familiar faces in the New Testament, also deserve a part in our study.

Three lesser known individuals mentioned by name in this chapter are Jason (verses 5-7, 9), Dionysius (verse 34), and Damaris (also verse 34). Jason was the individual suspected of harboring the “men who have upset the world” (verse 6). Tracking down what the Thessalonian Jews meant by “upset the world” (“turned the world upside down” in the ESV) would be an important step in our study.

There is also a reference to both Caesar and Jesus in the same sentence (verse 7), one that identifies a serious charge of treason against Paul and his companions. How did the Thessalonian Jews understand the kingship of Jesus that Paul proclaimed?

In addition, my observations in Acts 17 include a class of people – philosophers. This chapter specifically mentions two schools of philosophers: Epicureans and Stoics (verse 18). What did these two schools teach, and how might that be relevant to our understanding of the chapter? Why did they call Paul an “idle babbler” in this verse?

Finally, though not mentioned by name, Paul quotes a couple of Greek poets in verse 28. The marginal notes in one of my Bibles indicates that the first quote may come from Epimenides, though this is not certain. We can confidently attribute the second quote to Aratus. In fact, the marginal note even identifies the written work as Phainomena. Who were these poets, and how did Paul know their works by heart?

My Observations – the Places

Critical to understanding the events of Acts 17 are the places Paul visited. Berea is important as the location of the synogogue whose more noble-minded members prompted this study. What is the significance of this city, which is mentioned only in Acts 17? (We read of a “Sopater of Berea, son of Pyrrhus of Berea” in Acts 20:4, but the city is merely part of a personal name.)

Thessalonica, where Paul received such a hostile reception (verses 1-9), is also an important city to consider. Other cities that we should look up include Amphipolis (verse 1), Apollonia (same verse), and Athens (verses 15-34). In addition, we should learn something about the Areopagus, the place where the Epicureans and Stoics took Paul to learn more of what he was teaching (verse 19).

Because Paul’s first stop in the cities he visited was the local synagogue (verses 1, 10, 17), we should read about synagogues of the first century. How did the Jews come to be in so many cities of the Roman world? What was the organizational structure of these synagogues, and what was their purpose? We read that not only Jews, but also “God-fearing Gentiles” (verse 17) heard Paul in the synagogues. Could anyone attend? And who were these “God-fearing Gentiles” anyway?

Finally, we need to understand the role of the marketplace in the cities Paul visited. In Athens, he preached his message in the marketplace (verse 17) as well as the synagogue. Why?

Everything Else I Observed

We are told that Paul’s custom was to preach his message in the synagogues (verses 1-2), and that in Thessalonica, he did so on three Sabbaths. Was that the only day he taught? If so, what did he do during the remainder of the week?

The city authorities took a pledge from Jason and his companions (verse 9). What was the pledge, and what was its purpose? Was this comparable to “making bail” in the modern world? Were Jason and the others free to go about their business after giving the pledge?

Among the Noble-Minded Jews

Why did so many Bereans believe (verse 12), but only some Thessalonians (verse 4)?

We read that besides the Berean Jews, “a number of prominent Greek women and men” (verse 12) also believed. In a world that so often relegated women to a second-class status, why does Acts mention the women first? Luke, the author of Acts, mentions the “leading women” of Thessalonica (verse 4) after the “God-fearing Greeks,” suggesting that there were no women among that first group. Why?

Was it only the prominent Greeks who believed in Berea, or were there some ordinary working-class Greeks among the believers?

After Paul had begun teaching in Berea, “the Jews of Thessalonica found out” (verse 13). How? And why was it important to them to stop Paul in another city?

Now that I’ve shared my observations (and hopefully you’ve jotted yours down), we can move on to the next step. As in our previous study, we’ll be turning to a number of reference materials. [If you don’t have any such references, and you don’t have the budget to purchase them right now, you can download eSword, a digital treasure trove of Bible study references. The PC version is free, but you can pay a nominal fee to use it on your iPad or other digital device. Or if you prefer, you can use the free resources available through the Bible Gateway website at https://www.biblegateway.com/.]

We’ve identified many potential areas of study, and we’ve asked quite a few questions. We’ll find answers to some, but as you study the Bible, you’ll always (or should always) ask more questions than you’ll be able to answer. Don’t be discouraged, though. What we do uncover will provide us with a richer understanding of the chapter!

We can’t cover everything in the next blog post, so we’ll start with the apostle Paul. (Actually, we’ll take three lessons to cover this individual.) To do so, I’ll be checking my Zondervan Pictorial Encyclopedia of the Bible.

We can’t cover everything in the next blog post, so we’ll start with the apostle Paul. (Actually, we’ll take three lessons to cover this individual.) To do so, I’ll be checking my Zondervan Pictorial Encyclopedia of the Bible. Your assignment for next week is to learn as much as you can about this amazing individual.

In the meantime, tell me about your observations and questions!