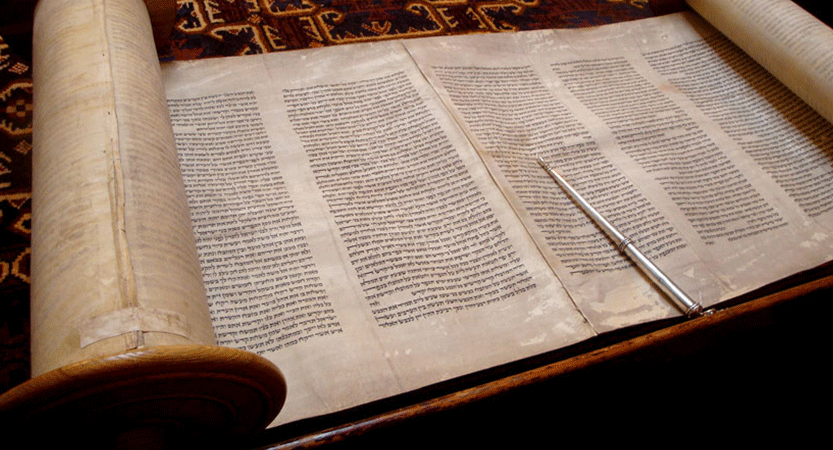 The Torah, the core of Law for Sadducee and Pharisee

In my last blog post, I indicated that this post would continue the interpretation phase of the inductive method. However, I realized that we had neglected to consider one crucial element. That element is the lawyer whose question prompted Christ to tell the Parable of the Good Samaritan.

Who is this lawyer, and what was his place in New Testament society?

[NOTE: My overlooking the lawyer demonstrates the fluidity of the interpretive process. When you set about identifying various elements of a portion of Scripture you hope to understand better, you will not always notice everything you need to research when you begin. As you implement the inductive method, you will undoubtedly overlook a key term, as I did, or you’ll discover that your research into one point leads you to research something else, as we’ll see below. So be flexible!]

Lawyers – Experts in the Torah

Many of the more popular modern translations (ASV, ESV, KJV, NKJV, RSV, NRSV) use the English word lawyer to translate the Greek nomikos (νομικός, Strong’s 3544), which Vine’s Complete Expository Dictionary defines as “learned in the law.” The NIV captures this with its translation of the term as “expert in the law.”

Today we tend to think of lawyers as individuals carrying briefcases into court or combing through stacks of law books. We do not tend to think of religious authorities. In Luke 10 the lawyer is an individual “learned in the law.” However, he is learned in holy law. The Torah, or Five Books of Moses, is the core of that Law.

Here’s where it gets tricky, though. A lawyer who was also a Pharisee – as many of them were – would regard the oral law as equally binding. (This oral law eventually became the Talmud after the destruction of the temple in 70 A.D.) In fact, because the oral law interpreted the written Torah, a Pharisaical lawyer would consider the oral law as the final word.

A Sadducee lawyer, on the other hand, would not consider the oral law binding. Lawyers could have been either Sadducees or Pharisees. For that reason, we need to take a quick look at who these two groups were.

The Sadducees were primarily aristocrats. Most were priests, but not all priests were Sadducees. (Emil Schürer points this out in his five-volume History of the Jewish People in the Time of Jesus Christ.) It was the “aristocratic priests: those who by their possessions and offices also occupied influential civil positions” (Second Division, Volume 2, p. 30) who were the substance of the Sadducee party. This group was highly political, generally more interested in retaining power than in providing spiritual leadership.

The Pharisees, on the other hand, tended to be interested in politics only when it affected their religious practices. The term Pharisee itself seems to stem from the idea of separation. This concept fits well with the Pharisaic practice of separating themselves from other people. They had nothing to do with Gentiles, Hellenized Jews, and even uneducated and “unwashed” people of the land. Adherence to the law, both the Torah and the oral law, was foremost in importance to this party.

The Pharisees did not seem to object to the name Pharisee. This is somewhat surprising since the word was probably a term of derision. Adversaries may well have coined the name because they saw the unwillingness to mingle with others as extreme. The Pharisees actually used another term, calling themselves חברים (chaberim) which can be translated “neighbors” according to Shurer (p. 22).

So who are we dealing with in Luke 10? We cannot be certain, but the lawyer whose question resulted in the parable was probably a Pharisee. There are several reasons for believing this. The strongest indication is the lawyer’s first question: “what must I do to inherit eternal life?” (Luke 10:25). The Pharisees believed in resurrection, whereas the Sadducees did not.

The second question this lawyer asked provides us with our second reason for believing he was a Pharisee. He asked, “And who is my neighbor?” (verse 29). As noted above, the Pharisees separated themselves from any potential source of defilement. They refused to associate with anyone who did not observe the law as scrupulously as they did. Fellow Pharisees were their principal associates, and they viewed their group as a community, calling themselves neighbors.

Now that we’ve discussed lawyers, Pharisees, and Sadducees, we’re ready to return to the interpretation stage of the inductive method. We’ll marshall our findings in next week’s post as we come to understand the question that prompted the parable. In the meantime, think about what we have been discussing all along and how it all fits together. Try jotting down your thoughts about what this all means.