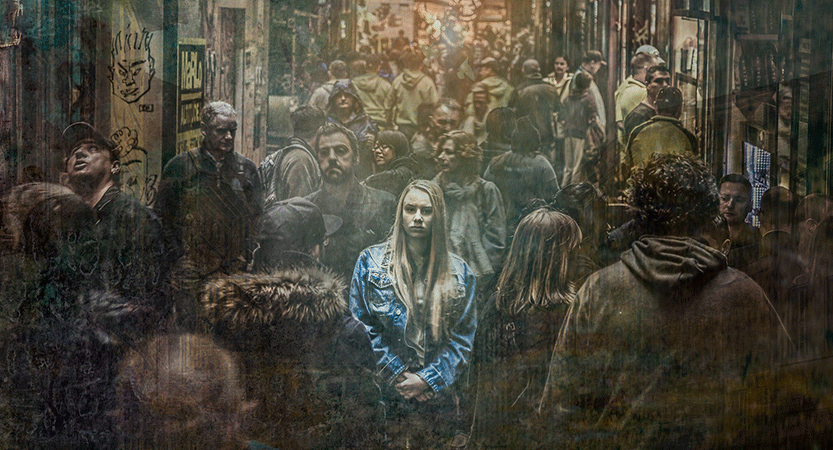 Strangers, outsiders, neighbors, friends. How do you tell who is who?

In the last blog post, we diverted from our intention to move into the interpretation stage of our study. Finally, the moment has arrived. We are ready to ponder what it was that Christ was telling the lawyer who asked, “Who is my neighbor?” This question, as we have already seen, prompted the Parable of the Good Samaritan. We will also consider what Luke wanted his readers to understand as he related the events recorded in Luke 10.

We’ll start by considering an important theme, the concept of hospitality. In fact, this theme ties the three major divisions of the chapter together.

We first see it at the beginning of the chapter. That’s when Christ sent the seventy disciples to the towns He planned to visit. He directed them not to take their own supplies (Luke 10:4), but to rely on the hospitality of the residents. Next, within the Parable of the Good Samaritan itself we see an individual caring for a stranger. He became the injured man’s host in absentia by paying for his stay at an inn (verses 33-35). Finally, the chapter ends with Martha inviting Christ into her home (verse 38).

Hospitality is a key to understanding this parable. But is that all we are to get from it? Is this story merely a means to provoke us to good works?

Won’t You Be My Neighbor?

We can shed light on this parable by taking a closer look at what the lawyer asked Jesus. It was a specific question, after all, that induced Christ to offer His teaching. The lawyer had already asked about how to obtain eternal life (verse 25). Jesus turned the tables on him, asking the lawyer how he understood the law. The lawyer responded by reciting the two great commands to love God and to love one’s neighbor (verses 26-27).

[At this point it’s probably best to assume that this lawyer was a Pharisee. After all, it was the Pharisees who were concerned with fulfilling the law and obtaining eternal life. The Sadducees did not believe the oral law was binding, and they did not believe in the resurrection.]

Jesus told the lawyer that he had “answered correctly” (verse 28). The lawyer already knew the demands of the law, but chose to pursue the matter further. His follow-up question was about whom he should consider to be a neighbor (verse 29). In essence, he was asking Christ which people he should love, and which he could safely ignore.

Only a Qualified Neighbor, Please!

Remember, the Pharisees were intent on separating themselves from sin. As a result, they would not associate with Gentiles or Hellenized Jews. In addition, they shunned the uneducated people of the land, or עם הארץ (am-ha’aretz). These people of the land lived within the Promised Land, but were not part of the community of Israel.

To a Pharisee, only someone with the same zeal for the Law could be a good neighbor. That means only fellow Pharisees qualified as good neighbors, or חברים (chaberim), as they called themselves. This term, according to Emil Schürer in his five-volume History of the Jewish People in the Time of Jesus Christ can be translated “neighbor.” This word, however, is not the one Luke uses in chapter 10.

The lawyer would have listened to the parable, undoubtedly agreeing with the actions of the priest and Levite. (Ironically, the Pharisees’ zeal for the Law meant supporting the Sadducees in their priestly function. This support, however, was contingent on the priests and Levites fulfilling the obligations of the sacrificial law.)

We don’t know what the lawyer may have expected from the parable. Perhaps he expected a fellow Pharisee to emerge as the story’s good guy, doing more than the priest and Levite. He would have been dumbstruck by a Samaritan taking the good guy role.

The lawyer barely had time to get over the shock of a good Samaritan before Christ posed a loaded question. “Which of these three do you think proved to be a neighbor to the man who fell into the robbers’ hands?” (verse 36). There was no denying the answer. Even so, the lawyer couldn’t bring himself to respond with a simple, “the Samaritan.” Instead, he grudgingly admitted, “The one who showed mercy toward him” (verse 37).

As if that wasn’t hard enough, the lawyer then had to listen to a final instruction. Christ directed him to emulate the Samaritan in the story. The very idea of modeling his life after a Samaritan – even a fictional one – must have felt demeaning.

What About the First Readers?

We began this post with a brief discussion of the theme of hospitality that runs through the chapter. Let’s take a deeper look.

Remember, we learned that in the ancient Near East, hospitality was both a virtue and a duty. In a dangerous world, travelers relied on the kindness of strangers. To show hospitality was a matter of looking beyond one’s own community, recognizing the needs of outsiders.

How Luke weaves this theme through the chapter is fascinating. He first tells of the seventy, who relied on the empathy of people for whom they were outsiders. In this initial part of the chapter, we read about the condemnation of three cities. Bethsaida, Chorazin, and Capernaum, cities populated mostly by Jews, were condemned for their lack of faith. They were unfavorably compared to three other cities, all of which were distinctly Gentile. All of these Gentile cities serve as benchmarks for sin throughout Scripture. However, these cities will stand in judgment of the Jewish ones!

Next comes the section with the parable, which asks, through the mouth of the lawyer, “who is my neighbor?” (verse 29). Again, it is the outsider who comes out looking good in this story. And that is true even though he is compared, not to ordinary people, but to a priest and a Levite.

Mary, Martha, and the “Good Part”

Finally, we end the chapter with a vignette about Martha and Mary. Martha had indeed embraced her duty of hospitality, inviting Christ into her home. The problem for her, though, was a matter of failing to see the “good part” (verse 42). She offered hospitality to Jesus, but failed to love her own sister in this matter.

So what is it that Luke, a Gentile Christian, was telling his First Century readers? This chapter, as much as any in his gospel, taught the early Christian community that the command to love one’s neighbor didn’t end at racial, ethnic or political boundaries. The duty to love one’s neighbor included the stranger and the outsider.

Next week we’ll wrap up our study of the Parable of the Good Samaritan with the final stage of the inductive method: application. In the meantime, think about what this parable, and all of Luke 10, means for you today.