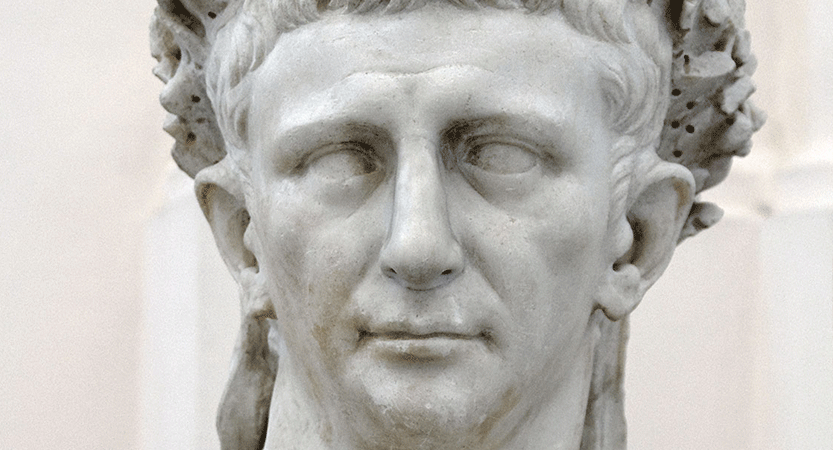 During the last two weeks I wrote about Silas and Timothy, and before that I devoted three posts to Paul. That covers all the major figures who appear in Acts 17. Today we’ll spend our time looking at two individuals who play lesser roles in the chapter – Jason and Caesar.

Jason, We Hardly Know You

An intriguing figure early in this chapter is Jason. Unfortunately, his name appears only five times in Acts and Romans, so we don’t know much about the man. Hopefully, though, taking a closer look at him will help us understand a little about his character.

Four of the five references to Jason occur in Acts 17:5-9. In this passage, we read that:

Jason as Host to Paul and His Companions

What we can surmise about Jason from these statements is that he was hospitable. Jason apparently provided a place for Paul and his companions to stay while they remained in Thessalonica. Furthermore, he had sufficient means to offer a pledge to the city authorities so they would release Paul.

The remaining passage probably refers to the same Jason, but there is so little information we cannot be sure. In his letter to the church at Rome, Paul transmits greetings from quite a number of other Christians, including Jason (Romans 16:21). From the available evidence, it seems Paul wrote the letter from Corinth shortly before he took his final trip to Jerusalem. If this is correct, and if this Jason in the letter is the same individual from Thessalonica, then it may be that he assisted Paul in some capacity.

Caesar Yes, But Which One?

We all know what Caesar was – ruler of the Roman world – but to shed a little light on this passage, we need to know who this particular Caesar was. The first step to determining the answer is to date Paul’s second missionary journey.

Although there is some variation among scholars, most place this journey at the end of the 40s AD and extending into the early part of the next decade. [If you’re interested in more technical information about the chronology of Paul’s travels, the International Standard Bible Encyclopedia has an entry on the subject.] The man who ruled Rome at the time was Claudius, whose reign stretched from 41 AD to 54 AD.

Contrary to the Decrees of Caesar

When we read Acts 17:6-7 closely, we not only discover confirmation that this journey of Paul’s occurred during the reign of Claudius, but gain some insight into the events of the chapter. The passage tells us that an angry mob claimed the early Thessalonian converts were “act[ing] contrary to the decrees of Caesar, saying that there is another king, Jesus.”

So how, exactly, would the Thessalonian converts have been disobeying Caesar’s decrees? The Roman historian Seutonius, in his biography of Claudius, provides an answer: “He banished from Rome all the Jews, who were continually making disturbances at the instigation of Chrestus” (from Divus Claudius).

Note that Seutonius mentions Jews rather than Christians. Even more important is the name Chrestus. There is a Roman name Chrestus, but many scholars believe that this passage refers to the long-anticipated Messiah. In Greek that word is Christos and in Latin Christus. (The English Christ comes from these words.) The Romans did not yet view Christians as distinct from the Jews. Instead, they considered Christians to be a sect within Judaism.

If you’ve been following this blog from the beginning of this study of Acts 17, you may remember the reason Paul and other zealous Pharisees persecuted the early church in Judea, even stoning Stephen. They did so because they thought a crucified Messiah would be a cursed Messiah. Such an idea was unthinkable. The eminent scholar F.F. Bruce, in his book Paul: Apostle of the Heart Set Free, suggested that such an idea would have been received by the Pharisees as “an outrageous blasphemy.”

Before we move on, we’ll take a quick glance at another reference to this expulsion in the next chapter of Acts. Paul had traveled to Corinth from Athens, still on his second journey. It was in Corinth where he met Aquila and his wife Priscilla, who had only “recently come from Italy…because Claudius had commanded all the Jews to leave Rome” (Acts 18:2).

In my next post, I’ll look at the individuals Paul encountered in Athens. In the meantime, let me know what you’ve learned about Jason and Caesar.

My Observations While Reading Acts 17