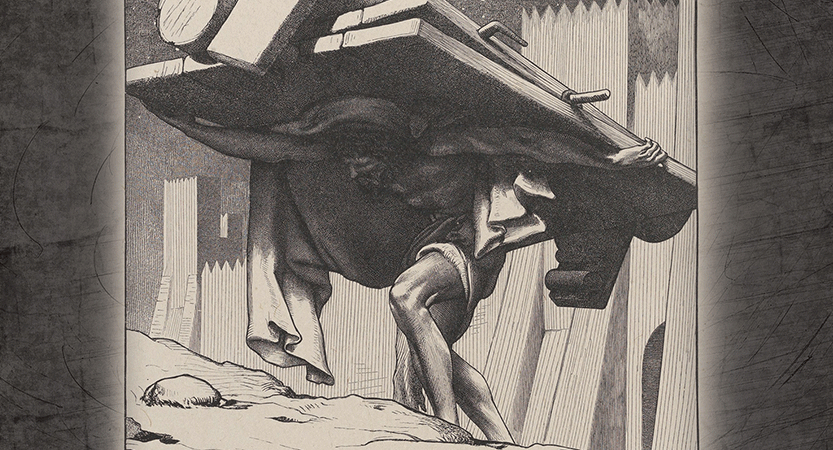 If you’re not careful, you might miss a couple of little words sprinkled throughout the story of Samson. Paying attention to these words—up and down—can enhance your understanding of the circumstances of Israelite life during the period of the judges.

The first verse of Judges 14 tells us that Samson “went down to Timnah.” The very next verse explains that after his excursion to Timnah, “he came up” in order to tell his parents about the Philistine woman he wanted to marry. That little word down appears again in relation to Timnah in verses 5, 7, and 10, but it also appears in relation to Ashkelon, a major Philistine city, in verse 19. So what’s the deal?

To get the whole story, you’ll have to look at more than a map that shows only political boundaries. You’ll need to examine a physical map, or relief map, too. It would also be a good idea to take a look at special maps indicating soil types and average annual rainfall. All of these are available in good Bible atlases. With such maps, you’ll soon discover that geography was a critical factor making life difficult for the Israelite tribes of Judah and Dan, which were closest to the Philistines.

The Plain Life of the Philistines

The Philistines moved into the area as part of a migration of “Sea Peoples” from the Aegean, which may be one reason they staked their claim to territory bordering on the Mediterranean Sea. The land they seized was some of the best farmland for at least two reasons. First, it was relatively level, and second, it was fertile.

The flat land bordering on the coast provided another benefit to the Philistines. A highway, following the route of least resistance, ran from Egypt to the north right through this coastal plain. Combined with the maritime trade coming into the port city of Ashkelon, this highway enriched the Philistines.

On the other hand, the Israelites had been pushed back into the less desirable hill country and mountains. Farming was more difficult, but so was travel in the jagged hills and wadis. With less sophisticated weaponry (see the blog post “Who Are These People?” from two weeks ago), the Israelites needed God’s miraculous intervention to fend off their enemy from the coastal plain.

Now that we understand something of the geography of the area, we can better understand, and admire, one of the feats of Samson that deserves a little more notice than it generally receives. Judges 16:3 tells us that he “took the doors of the gate of the city” of Gaza “on his shoulders and carried them to the top of the hill that is in front of Hebron.”

These doors were undoubtedly massive wooden doors that had been securely connected to a stone gate. That much we would get even without knowing the geography. What is not so apparent, though, is that Hebron was 37 miles away, and about 3,000 feet higher than Gaza. On top of that, the journey with this massive door would have been along very rugged terrain.

Clearly, Samson was a man’s man!

This post concludes our four-part introduction to context. Next week we’ll discuss what the inductive method is. In the meantime, please let me know what’s on your mind, and what you would like to see covered in BibleStudyMentor.com. Thanks!